The Video of the Week now showing on our Portal page is: 'Was Queen Victoria a Spiritualist?'
3 posters

Baba Vanga, also known as "the Nostradamus of the Balkans", is claimed to have foretold that the US president would suffer from “a mysterious illness” in the year 2020

Blind mystic Baba Vanga from Bulgaria is said to have predicted the fate of the US President Donald Trump.
Baba, also known as "the Nostradamus of the Balkans", is claimed by fans to have foretold that the US president would suffer from “a mysterious illness” in 2020 which will leave him deaf and with a brain tumour.
It was confirmed on October 2, that Donald Trump has Covid-19 along with his wife Melania.
Some of her other predictions were Brexit, 9/11 and the tsunami in Thailand and she is said to have been making predictions right up until her death in 1996.
The psychic grew up on a farm in what is now Macedonia and she was blinded in a dust storm.
This, her fans claim, was what gave her a "second sight” which enabled her to predict future events - some of which have been uncannily accurate. 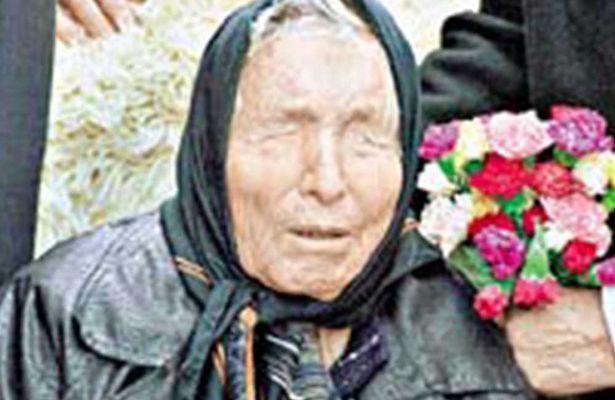 In a 1989 prediction she said: "Horror, horror! The American brothers will fall after being attacked by the steel birds. The wolves will be howling in a bush, and innocent blood will be gushing.”
That had been translated as the horrific terror attack on the Twin Towers of the World Trade Centre where were struck by two airliners on September 11, 2001.
Baba Vanga never wrote any of her own predictions down and she was taken so seriously the Bulgarian government put her on the state payroll.

A permanent staff of secretaries were tasked with writing down her predictions and transcribe her interviews with the people who came to her for advice.
However, not everything she has predicted has been right - the President's illness was at one point meant to happen in 2019 and a nuclear war she had pencilled in for the years 2010 to 2014 failed to materialise.

The Institutes of Suggestology and Parapsychology in Sofia and Petrich also studied Vanga's apparent psychic abilities.

Vanga's supporters also claimed that she predicted the 45th president will be with a "messianic personality", who will be faced with a crisis that eventually "brings the country down"

We don't have long to wait before we can assess the accuracy of the prediction...

» Psychic Sylvia Browne predicted the Coronavirus in her 2008 book
» Irish psychic who predicted Covid-19 pandemic and Donald Trump's election defeat says life will return to normal by summer 2021
» Coronavirus: How to grieve a loved one when you can't say goodbye
» Uri Geller 'snaps spoon' while getting coronavirus jab in Israel
» Check the facts! - Why we must not believe everything we read or hear in the media

Bookmark and share the address of Light After Life on your social bookmarking website
Current date/time is Sun 29 Jan 2023 - 16:07