The Video of the Week now showing on our Portal page is: 'Was Queen Victoria a Spiritualist?'
2 posters 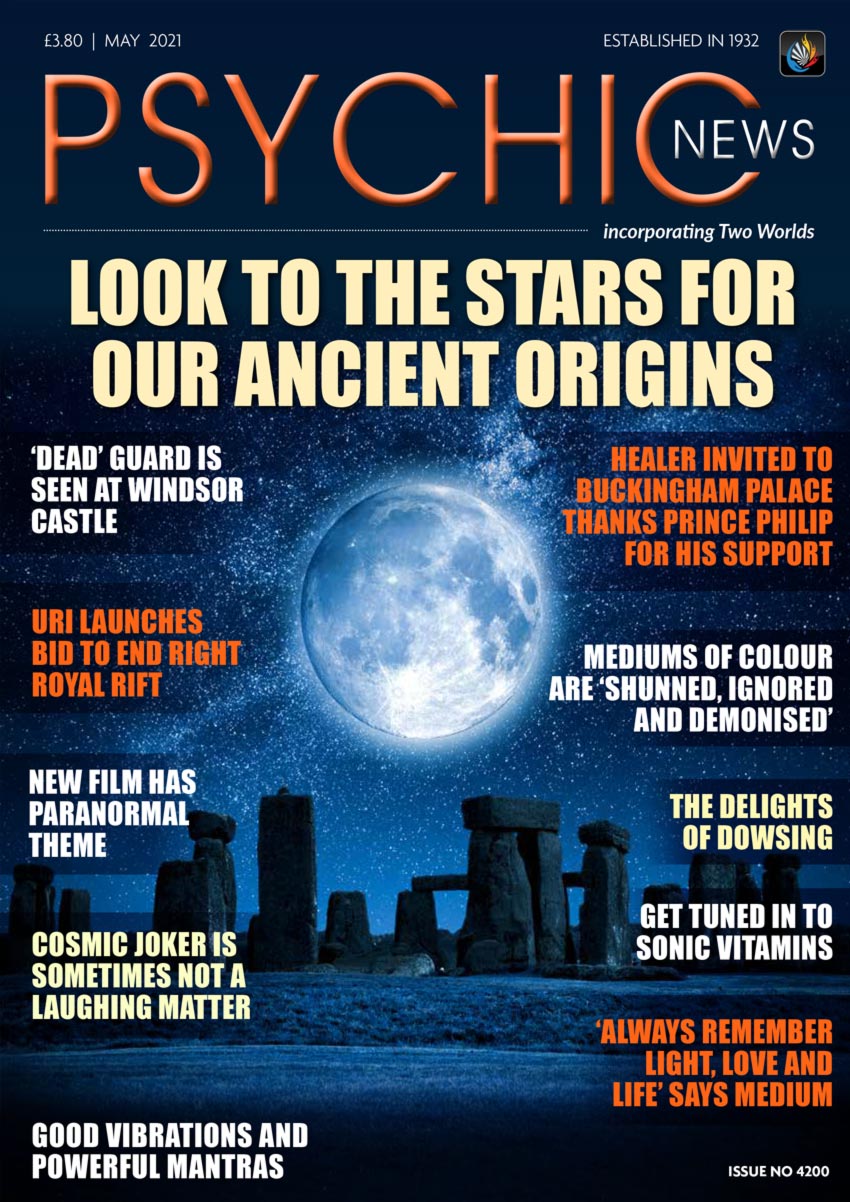 
Look to the stars for our ancient origins – Rebecca Campbell shares insights and experiences explaining the connection between our souls, the Earth and the cosmos.

Healer invited to Buckingham Palace thanks Prince Philip for his support – Within hours of Prince Philip’s passing, spiritual healer Matthew Manning issued a tribute thanking him for his backing.

The delights of Dowsing – Expert Dean Fraser says that pendulum dowsing “continues to attract more adherents with each passing decade.”

Get tuned in to sonic vitamins – Erica Longdon details the therapeutic and healing impact of sound, frequency and vibration on mind, body and spirit.

New film has paranormal theme – A film with a supernormal theme has been released after John West, a regular contributor to Psychic News, joined forces with director Jason Figgis.

All this plus News, Spiritual Art, Competition and much, much more.
Misty

From this month's contents -
"New film has paranormal theme – A film with a supernormal theme has been released after John West, a regular contributor to Psychic News, joined forces with director Jason Figgis."

Wonder what the film is called? Cant find how to get into the free area of the mag.  There used to be a free area where you could read some of the contents without having a subscription. I have not renewed my subscription and just want to know what the film is about and whose in it.  anyone know?
Candlelight.kk

Misty wrote:From this month's contents -
"New film has paranormal theme – A film with a supernormal theme has been released after John West, a regular contributor to Psychic News, joined forces with director Jason Figgis."

The film is called 'Winifred Meeks'

The film was shot entirely on location in Suffolk and features Lara Belmont (Rise of the Footsoldier and The War Zone) as successful writer Anna James, who rents a remote farmhouse called Seaview House to begin work on the latest of a series of teenage crime novels called The Emma Hart Mysteries.
Initially, the setting seems perfect, but soon Anna’s idyll becomes unsettled by the presence of an unquiet spirit being – that of Winifred Meeks, the former lady of the house.


Winifred Meeks was released by Bayview in America and Canada last month.

A British release is to follow in September this year.
Misty

Thanks for that kk.  So just another run of the mill haunted house horror movie.

Bookmark and share the address of Light After Life on your social bookmarking website
Current date/time is Sun 29 Jan 2023 - 17:03