Uri Geller 'snaps spoon' while getting coronavirus jab in Israel

Uri Geller 'snaps spoon' while getting coronavirus jab in Israel

Uri Geller 'snaps spoon' while getting jab in Israel 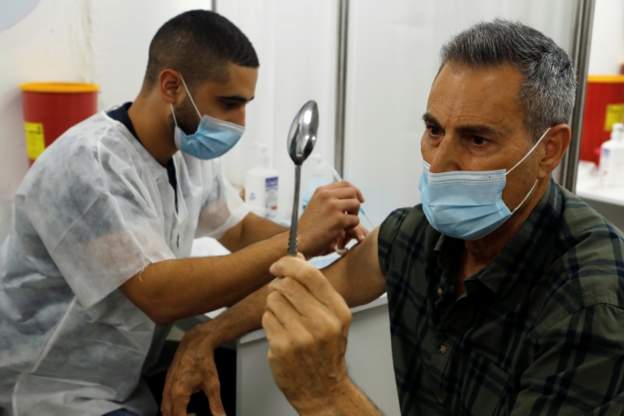 TV magician and illusionist Uri Geller has joined Israel's drive to vaccinate its elderly population, performing his trademark spoon-bending trick while he received his shot.
The self-proclaimed psychic claims to be able to bend spoons with his mind.
"I did it!" the 75-year-old said after the spoon appeared to snap in his hand as he was being injected in the other arm, Reuters reports.
"Everybody who is over 60 should get it [the vaccine] immediately," said Geller, who is Israeli-British. "This is very, very important for the whole planet."
Israel launched its campaign on 19 December and hopes to have administered all required shots to the quarter of its nine million people who are vulnerable by late January. They are those over 60, those who are considered high risk, or medical workers.
The country is currently administering more than 150,000 doses a day.
« View previous topic · View next topic »

» Uri Geller
» Check the facts! - Why we must not believe everything we read or hear in the media
» Uri Geller has the answer to Apple's bending iPhone 6 ...
» Inside the mind of Uri Geller
» Uri Geller had 'vision' of who new PM will be day before Liz Truss quit'.

Bookmark and share the address of Light After Life on your social bookmarking website
Current date/time is Sun 29 Jan 2023 - 15:40