The Video of the Week now showing on our Portal page is: 'PSYCHIC' (Parts 1 and 2)
2 posters

SAGB is moving to a new address

SAGB is moving to a new address

The Spiritualist Association of Great Britain (SAGB) is moving address.


On Wednesday March 28th the SAGB will be closing its premises in Victoria, London but, unfortunately, the new location in Battersea requires extensive renovation and will not be operational until the first week of June. 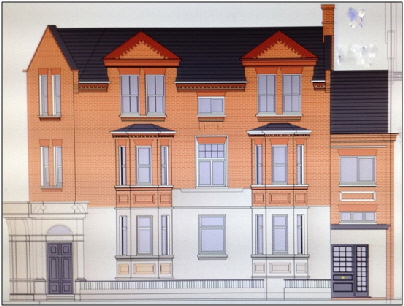 
Looks a bit like the old premises in Belgrave Square.

Re: SAGB is moving to a new address

Candlelight.kk wrote:Looks a bit like the old premises in Belgrave Square.

But much bigger! Onwards and upwards.

Good news that they are finally getting out of that awful temporary soulless office building in Victoria.
Candlelight.kk

Re: SAGB is moving to a new address

ariel wrote:Good news that they are finally getting out of that awful temporary soulless office building in Victoria.

I have not had occasion to visit SAGB since the move from 33 Belgrave Square, but have been told by many who have been there that it was a completely different atmosphere there; occupying one floor of a high-rise office building, sharing with a mixture of commercial companies, where you had to report to a main reception before taking the lift to where they were now housed (temporarily, until they found new premises). So very sad for anyone who frequented the old place back in the day. All that history .... I wonder who is in there now and what the place is like today. Hmmm ... if ever there was scope for a building to have stories of hauntings - No. 33 Belgrave Square would surely qualify!

They must be so looking forward to eventually settling in somewhere that they can actually make into some sort of "home" of their own again. I don't suppose I'll get to see the new place when it's up and running either, as Battersea is a bit of a trek from where I live.
« View previous topic · View next topic »

Click into date below for latest updates
Monday, 20th September 2021

Krazy Kats:
A friendly forum discussing and sharing issues that we care about.
~ Come and check us out ~
https://krazykats.forumotion.co.uk/