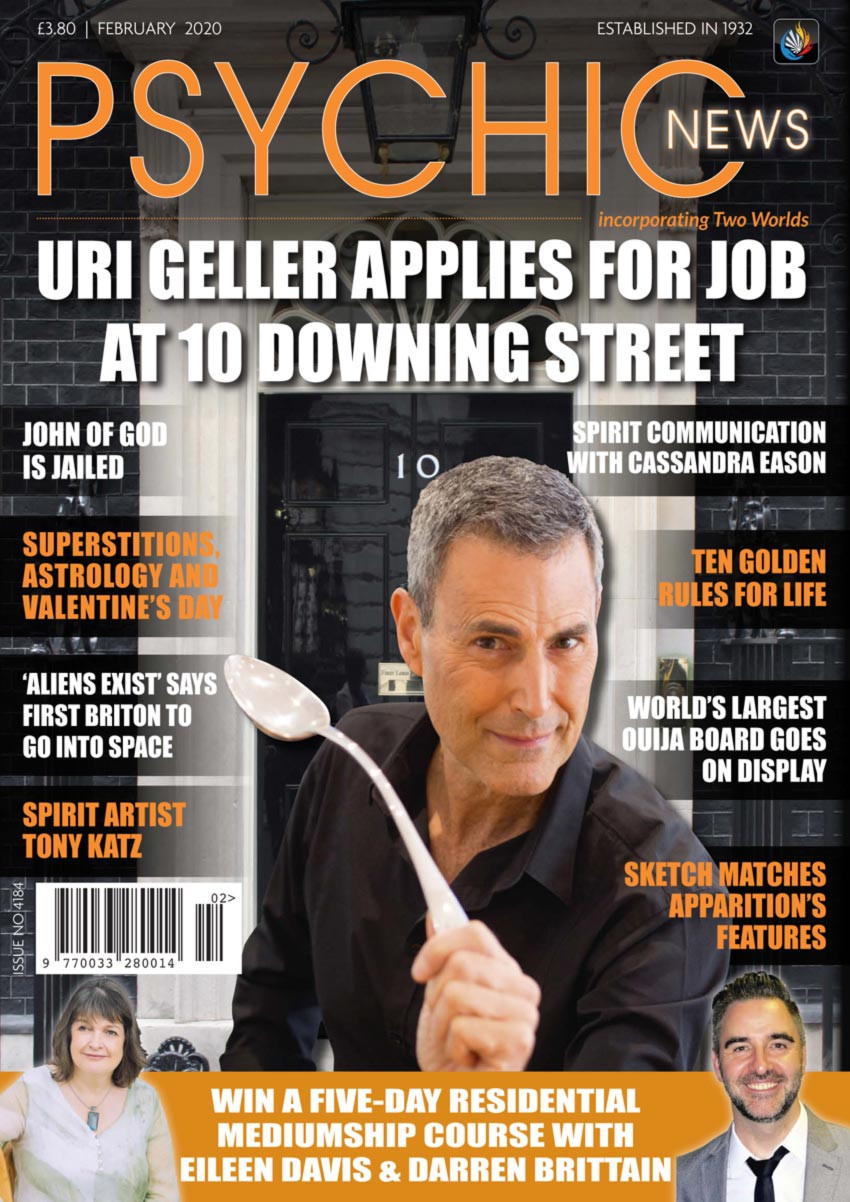 Inside the February 2020 issue of Psychic News magazine, motivational speaker Uri Geller is seeking a position in Boris Johnson’s government, after the Prime Minister’s most senior aide called for those on the “frontiers of the science of prediction” to apply for a variety of official positions.

Dr Helen Sharman, who was the UK’s first astronaut, says it is possible aliens are “here right now and we simply can’t see them”.

Spiritual teacher and bestselling author Matt Kahn shares his ‘10 Golden Rules’ for life.
Barbara White delves into various superstitions, including some which home in on Valentine’s Day.

Publisher Nigel Peace looks at Sir Arthur Conan Doyle’s literary legacy and his Spiritualist beliefs, which he sometimes wove into his works.

John West highlights some supernormal photographs, which he believes “cannot be explained away by a sceptic as simple trickery”.

We feature the latest news from around the world and give you the chance to win a fabulous five-day residential course with top mediums and tutors Eileen Davies and Darren Brittain.

Click into date below for latest updates
Friday, 26th November 2021

Krazy Kats:
A friendly forum discussing and sharing issues that we care about.
~ Come and check us out ~
https://krazykats.forumotion.co.uk/
Current date/time is Sat 27 Nov 2021 - 4:55