The Video of the Week now showing on our Portal page is: 'PSYCHIC' (Parts 1 and 2)
+5
Candlelight.kk
Stardust
jiffy
Misty
Feather
9 posters


To all you lovely people
.

from me too!
jiffy


A very merry and safe christmas to you all.xxxxxx
jiffy


soon we will be saying happy christmas again!
Feather


Yep-the years are going much too fast. When I was little, I thought the next Xmas would never come.
Stardust


Hold your horses - or should that be reindeer?


soon be time to get the tree out the loft


I always feel sad when it's nearly time for the shops to close on 24th December and there are all the poor unchosen trees standing sadly neglected and left behind.


Worse than that, sammi, are the children who get nothing, or very little to celebrate at Xmas.
Candlelight.kk


And even worse - the people who for whatever reason can't be with their families and loved ones at Christmas.
Stardust


There's always a downside to everything and those who miss out feel it all the more during the festive season.
But then people are much more inclined to give generously to various charities, not least the Salvation Army, and to help the homeless.
Stardust


For those who celebrate Christmas,
only one month to go to the big day.
Have you all prepared your list for Father Christmas?
If not, better be quick and post it off asap,
he's already going through his computer files
and sorting out his plan of delivery.


Can i have a laptop santa?
Candlelight.kk

I got my first Christmas card this morning.  :shock: ... from Royal Mail !

(not that they're advertising their busiest season or anything ...

I got one of those 3 weeks ago!

I'm keeping my fingers crossed there are some Jimmy Carr tickets left,i was asked if i want to go for a chrissie pressie.
Will have to wait til new year though if we get them
xodus

I am putting my tree up tomorrow :D
Feather


There's a huge question mark re my tree this year. I'd need to hang it from the ceiling if I
want it to stay in one piece till January. Chica will be mesmerised for 10 seconds and then
I can look out.

You've got lots of presents already Feather. You Chica looks so cute sitting there.

No, Misty. That's not my tree(it's still in the attic) and that's not my dog. I can assure you if it was Chica,
the tree would be in a horizontal position with her in the middle of it!!!

When I was a youngster still living with my parents we had a labrador, Barney. I had wrapped a present for him and put it under the tree with all the other presents. It was a doggy Christmas stocking with bonios and other treats. next morning we found the wrapper opened real neat and he'd ate everything from inside just the wrappings left. I was fasinated how he knew it was his present! Of course now i know how


Dogs are very clever. Chica knows lots of words already and she's only 7 months old.
Here she is in all her glory---- 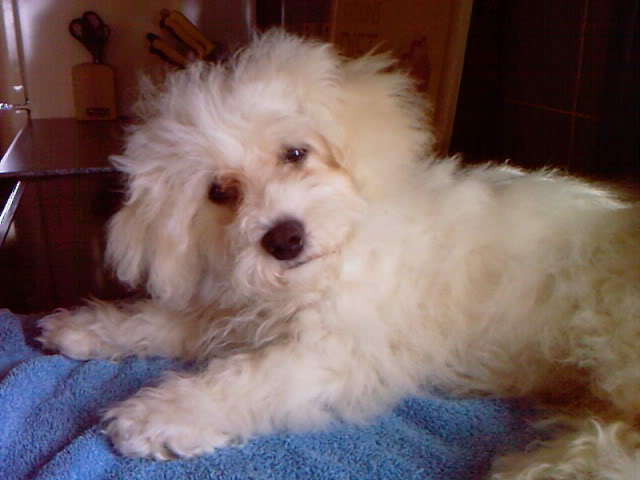 
Bit too early for me. I'll be doing it next weekend.

I'm back to work tomorrow. Soooooo not looking forward to that.


When you say that, Candlelight, it makes me glad I'm old!!! Still--you'll soon slip into
the routine again.I'm not putting up a tree this year. There's no point with Chica around.
jiffy


Will you putting up decorations other than a tree?
Feather

For the 1st time ever, I think not--well, just my cards.Been there. Got the T-shirt long ago.No kids around any more.
I don't really hold Xmas nowadays. Even the original meaning of it is a lie. Jesus was not born on 25th Dec.It's all false.
I used to celebrate it for my family's sake and when I was a child, we had super Xmases but those days are memories now.I can still enjoy them any time I like.  :D
Stardust

The good side is it will save you having to take all the decorations down again in January, Feather.


Believe it or believe it not, Stardust, I'd already included that in my thinking equation!!!


On the subject of xmas,what's your favourite xmas dinner?
I love beef with all the trimmings and a glass of white wine.
lar-lar

chicken,stuffing,parsnip,swede,cabbage,brussels,mash & roast pots,yorkshires and gravy.
That's my perfect xmas dinner. With a cup of tea.

My grandma used to tell me off for writing xmas..crossing out christs name

no dessert - i would have something sweet later that evening.
Feather

For me Christmas Day is not the same without the TURKEY. Roast turkey with all the trimmings and followed by Christmas pud and custard. and then a nice cognac to wash it all down.  :D
lar-lar

What is clootie dumplings?

Lots of snow today, it's freezing -my house is not a warm house anyway,brrr.
Feather


Yes--onion rings. Scrumptious!! Cloutie Dumpling is a delicious Scottish dish.
It's a bit like Xmas pudding but far better. It doesn't have the often bitter taste of fruit which has been cooked too long. It's got lots of sultanas, which are juicier than currants, a lot of mixed spice and , of course, suet.It's tied up in a clean white cloth and boiled for hours. It's good hot or cold spread with butter and eaten like cake. If you haven't tried it, you haven't lived!!!! There are other ingredients too but I forget what they are. My father had the recipe and passed it on to my brother. There's no point in me making it as my sons hate anything with currants, raisins, sultanas etc in it.

Sometimes spelt "Clootie" it gets its name from the "clout" or cloth in which it was traditionally boiled. This is a favourite at Christmas time and there have been many variations over the years as cooks have experimented. You may be glad to know that it doesn't have to be made in a "clout"!

After the first recipe below, there is another Cloutie Dumpling recipe - this time a tried and tested one from "Granny Geal" - provided on the Scottish Culture Forum!

Method:
Sift the flour and rub in the fat (suet or margarine) in a large mixing bowl. Add all the other dry ingredients and mix with a wooden spoon. Make a well in the centre and add the syrup and eggs and mix well. Add enough buttermilk to make a soft but firm batter.
At Christmas, cooks often wrapped small coins (in the old days a silver three-penny piece was popular) in greaseproof paper and placed them in the dumpling. If you do add coins, warn those eating the dumpling later so as to avoid broken teeth!
You now have a choice of container. The traditional way was with a cloth. Dip it first in boiling water and flour it well before adding the mixture. Tie the top, making sure there is enough room for expansion. Place a saucer or plate in the bottom of a saucepan and stand the dumpling in the cloth on top. Cover with boiling water and cook for 2½ to 3 hours.
Alternatively, you can use an 8-cup basin or pudding steamer which has been lightly greased with melted butter. Allow a one inch space at the top (even if this means throwing away some of the mixture - you need the saoce for expansion). Cover the steamer or basin with a greased sheet of foil and pour boiling water into the steamer until it comes two-thirds up the side. Boil for 3 hours.
Turn out the dumpling and either serve hot with custard or cold with cream.

Put the biscuits in a cloth and roll with a heavy rolling pin to crush thoroughly. Mix the fruit, peel, pounded biscuits, spices and nuts.
Beat the eggs well and add a glass of brandy or wine. Then mix in the flour and the other dry ingredients.
Scald a pudding cloth in boiling water and dredge lightly, but thoroughly with flour. Spoon the mixture into the cloth. You can get the traditional round shape by holding the cloth in a bowl large enough to support the mixture. Gather the ends of the cloth evenly and tie firmly with string, leaving enough room for the pudding to swell.
Place an old plate in the bottom of a large saucepan, and place the cloth wrapped pudding on the plate. Cover with boiling water and simmer for three hours, turning the pudding from time to time and adding boiling water as required.
When ready take out of the pot and cool for about 10 minutes before carefully removing the cloth. Cool completely before slicing.

Return to the Index of Traditional Scottish Recipes
lar-lar

Dec 18, 2009 3:48 pm
I like the sound of your christmas dinner - i love onions rings myself. I've just never heard anyone say onion rings and chips before! Unless they're under 12

As for the pudding -yum yum yum , i'll make it when i can,thanks.
lalleycat

Mmmmmmm. My mouth is watering just reading through all these.  :D
jiffy

I dont envy their bill


Christmas and Hanukkah coming up this weekend, so as I'll be away and may have no access to a computer, I wish all of you a very Merry Christmas

and a Happy Hanukkah 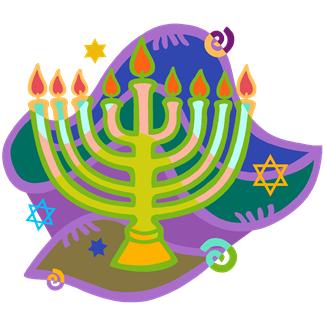 
Stardust wrote:
Christmas and Hanukkah coming up this weekend, so as I'll be away and may have no access to a computer, I wish all of you a very Merry Christmas
and a Happy Hanukkah

The same to you, Stardust.

Christmas has gone and due to my some busy work I can't wish this event to all of you. So now I can wish you happy Christmas.
« View previous topic · View next topic »

Krazy Kats:
A friendly forum discussing and sharing issues that we care about.
~ Come and check us out ~
https://krazykats.forumotion.co.uk/
Current date/time is Tue 30 Nov 2021 - 5:48