Reading about the woman from Cork who had the recent scary experience in her house ( https://lightafterlife.forumotion.com/t1425-irish-woman-forced-to-flee-her-haunted-co-cork-home-after-being-chased-out-by-demons#7943 ), I thought it might be a nice idea to have a section here recording other strange and scary haunting stories for the telling during the coming long, dark, wintry nights.

The Irish county of Cork alone has got more than its fair share of ghostly tales, so starting off with a collection of such spine-chilling accounts taken from Old Moore's Almanac:

The Ghosts That Haunt The City Of Cork

"Discover the darker side of Cork with this collection of spine-chilling tales from Darren Mann’s book Haunted Cork.

County Cork’s paranormal occupants first caught my eye after reading a survey carried out by AA Ireland. The report stated that 15.5 per cent of people from Cork claimed to have seen a ghost, more than any other county in Ireland. The more I researched County Cork, the more paranormal occurrences I discovered. There were sea and lake monsters, road ghosts, haunted houses, witchcraft and demonic hounds of hell.

County Cork’s diversity of supernatural entities should not be underestimated. So do I believe all the stories in this book? Of course not. Even for tales of the paranormal, some of the anecdotes in these pages are pretty strange. Some of these stories are popular and are still shared over a pint of local brew. A few are old and have been almost forgotten. Others are published here for the first time. Regardless of whether you or I believe the tales, just remember that reality is subjective, and someone, somewhere, at some point in time took these stories as canon."

Not only is Cork home to “Ireland’s most haunted town”, Doneraile, but also, a whopping 15.5% of locals claim to have seen a ghost according to a study by the AA.
Here are the most oft-told ghost stories from Cork: 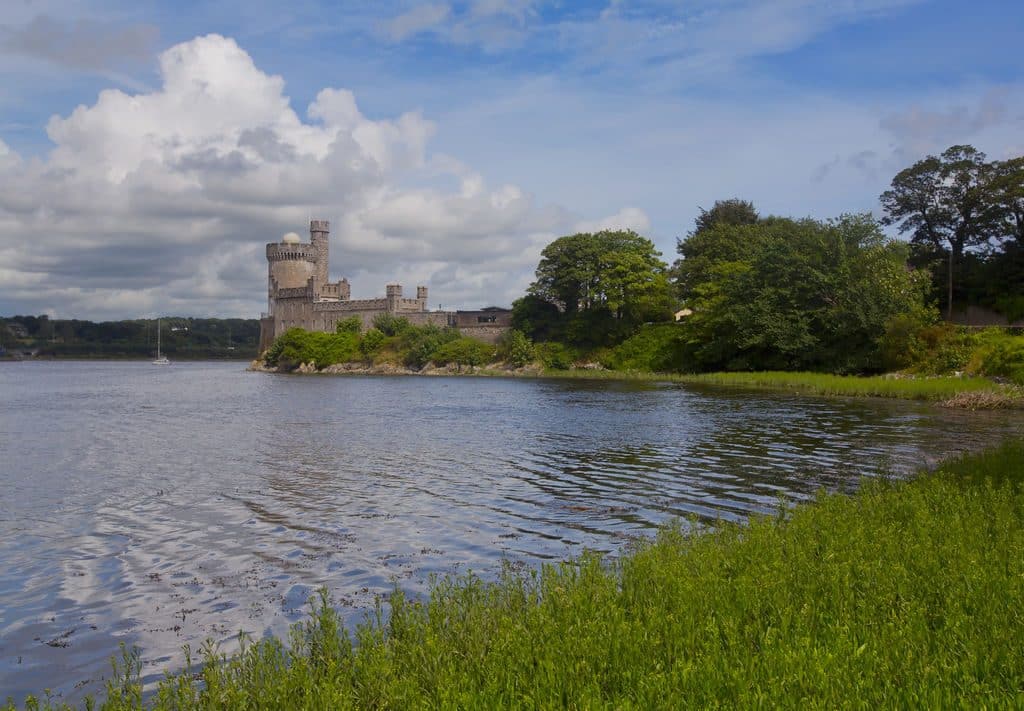 This story tells of two servants, Amelia and Andy, worked for the well-to-do Mrs Bishop a long time ago.
As time went on the pair begin to speculate the whereabouts of Mr Bishop. Was he alive? Did he leave her? Was he living abroad?
A locked room in the house became the mysterious “question mark”, around the puzzling case of Mr Bishop.
One night the two servants broke into the locked room. It was lavish, furnished with many grand mirrors and a huge four-poster bed. On first glance, the room was empty.
However, on a second take, the pair saw a vision in the mirror: Mr Bishop resting in bed, while Mrs Bishop suffocates him with a pillow.
At that moment, the real-life Mrs Bishop arrived home. Reflexively, Andy hid before being seen, but Mrs Bishop caught Amelia in the act.
As punishment, Mrs Bishop dragged Amelia to the River Lee and drowned her.
It is said that Amelia’s ghost wanders the riverside on nights of a full moon crying out for help. With this, locals seldom walk the River Lee alone come nightfall. 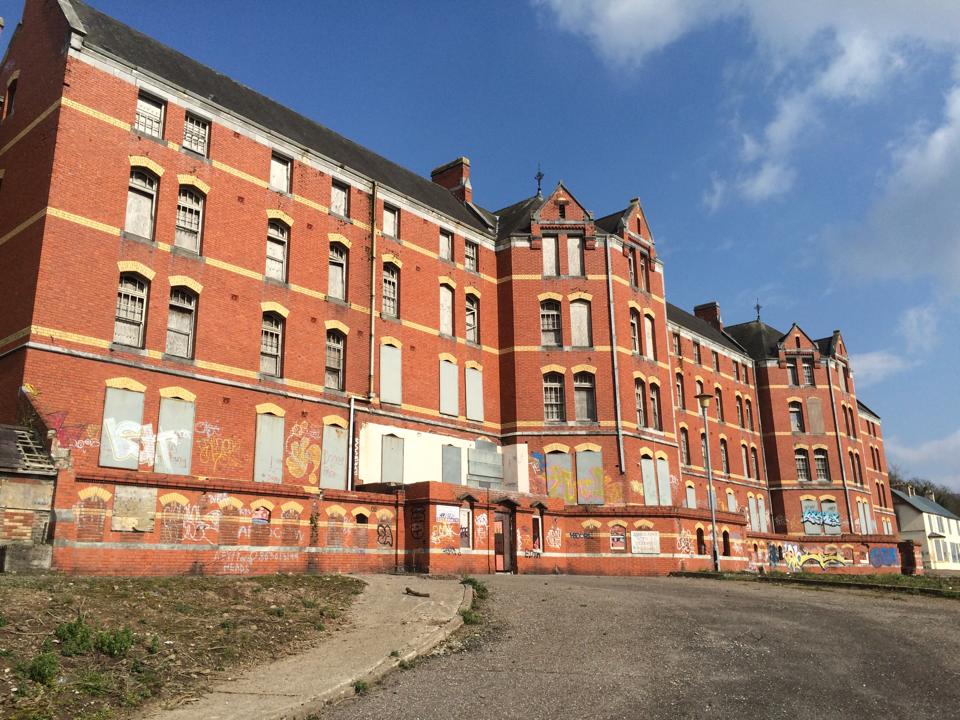 Officially named St. Kevin’s Asylum, this is one of the most haunted places in Cork, without a doubt.
From 1893-2002 the institution was home to some of the country’s most mentally disturbed souls, often abandoned by their families through lack of understanding, often guilty of nothing.
Endless records report the desolate conditions and torturous treatments; the Cork Asylum was not a happy place.
Today it is said, the spirits of this institution still walk the halls. Having never found peace, they roam, tortured, seeking solace.
This site has been a focal point for paranormal enthusiasts who scour the endless abandoned rooms in search of supernatural occurrences.
Toilets flush, even though the building has ceased to have water for years. Screams down darkened dead-end hallways pierce the silence. Footsteps fall, even though the institution is empty.
Simply speaking: this place is not for the faint of heart.

It is said that a young lady married a soldier stationed long ago at Charles Fort (now, an ex-military fort). One night, on duty, the soldier fell asleep. As punished for his foolishness, he was executed.
It is said today that the “White Lady” can be spotted around the grounds, clad in her wedding dress, in search of those who stole her husband’s life. 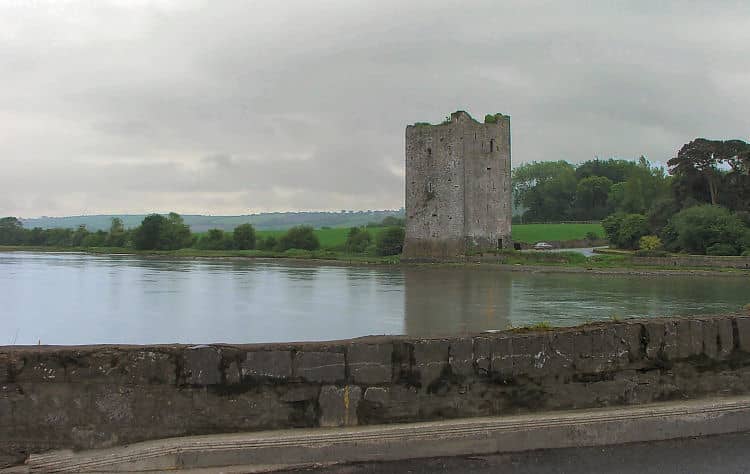 This terrifying ghost story from Cork is sure to be enough to keep you away from Belvelly Castle.
A long time ago, the beautiful Lady Margaret was a catch. In fact, her beauty was so undeniable that her vanity was founded.
She lived in the castle. She placed mirrors on every wall just so she could acknowledge her good fortune – and good looks!
When one her potential suitors finally got sick of waiting for her to commit, he decided to starve her, hoping to expedite her submission.
By the time she finally gave in, her looks had perished. No longer the most beautiful bride, her suitor retracted his advances and she was left with nothing.
It is said today that her ghost can be found roaming the halls. She appears faceless (hence her name, the “Faceless Lady”) as she vigorously rubs the walls, desperately hoping for her mirrors to appear, once again. 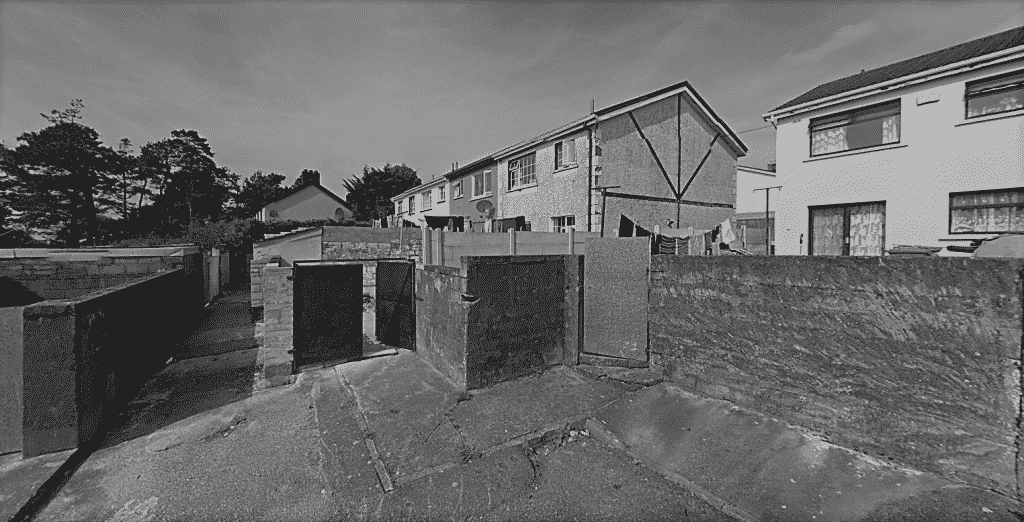 The Hollywood Estate Haunting has got to be the most terrifying ghost story from Cork on our list – and it happened as recent as 2010!
The story details a blossoming family who move into a home in Cork’s Hollywood Estate. Soon after settling in their abode, strange events began to occur.
Objects would be moved, as if by no one. Taps would turn on and off. Screams would wake the young family abruptly in the night. Religious iconography would be smashed by an invisible force.
The final straw was when the son, Kyle, was thrown – with ample force – from his bed.
As it was a council house, the option to move home easily was out of the question. Cork City Council debunked any claims there were supernatural forces present.
Finally, the family moved out, finding the unexpected and challenging living environment too much to handle.
Neighbours corroborated the events, stating they had witnessed some of these alleged supernatural occurrences, too.
Candlelight.kk

Re: Ghost stories for Halloween

A selection of haunting tales published by The Irish Mirror, Halloween 2019 :


Ireland is a country with a history is steeped with folklore, myth and mystery.
Almost every Irish person has been told some form of ghost story from their granny or grandad, or even witnessed one themselves.
Whether you believe in these paranormal events or not, or have heard the banshee or not, that's up to you.
But we all love a good spooky story, so here's some stories of ghosts who haunt different locations around our country.
Would you be brave enough to visit any of them?

The story of the mysterious house guest with the cloven foot has become a legendary tale in Irish history.
It is rumoured that Anne Tottenham, a young girl minding the house with her parents was so traumatised by her meeting with the mysterious man who she believed to be the devil.
Following the man's death by 'flying through the roof', which has left a hole that can still be seen today, Anne locked herself in her bedroom where she stayed for 9 years, until her death in 1775.
It is rumoured that Anne can still be seen wandering the halls of the mansion today.

Described by many as 'The gates of hell', Wicklow Gaol is without question, one of the most haunted places in Ireland.
Built in 1702, the gaol was known for it cruelty and suffering, until it eventually closed its gates in 1924.
Within its walls, thousands of prisoners were penned in during the Great Famine, the 1798 Rebellion and the War of Independence.
Conditions were horrific, harsh and inhospitable, which led to thousands of prisoners dying from a wide range of diseases.
The gaol is now open as a tourist attraction offering the 'Wicklow Gaol Experience', and according to legend, those who took their last breath inside the walls still roaming the halls.

It is alleged that Charleville castle is haunted by the ghost of a young girl, named Harriet.
Harriet was the youngest daughter of the third Earl of Charleville.
On April 8th, 1861, Harriet was in a playful mood, and decided to slide down the banister of the large, twirling staircase.
Tragically, Harriet fell and passed away.
Visitors have felt the chill of her presence while climbing the stairs, and have seen her ghostly figure skipping past.
Some have even claiming that they have caught little Harriet on camera.
Others also say she is sometimes accompanied by a boy of her own age.

A wedding that led to three funerals.
The story of Charles fort is truly a tragic one.
It is haunted by a ghost known as 'The White Lady'.
The story goes that the 'White Lady' is a bride to be married, who committed suicide after her husband was murdered on their wedding night.
Shockingly, the 'White Lady's' husband was murdered by the girls father, who then shot himself after his daughter took her own life.
Today, sightings of the 'White Lady' are common.
She is mostly seen by children, and is said to be quite friendly, waving at them.
But others have claimed to be pushed or tripped by the ghost.

King Henry II of England built Malahide castle for his dear friend Sir Richard Talbot in Malahide, Co. Dublin in 1185.
The castle is mostly haunted by the castle's jester, the Puck of Malahide.
Stories tell that the Puck had fallen in love with a prisoner, Lady Elenora Fitzgerald.
The Puck was mysteriously stabbed to death outside the castle days later,and with his last breath, vowed to haunt the castle forever.
There have been many sightings of the jester, who has apparently been photographed several times.
When the castle was sold in 1979, potential buyers claimed to see the ghost roaming the grounds and the castle itself.

At Ardgillan castle, there have been many reported sightings of a ghost of a woman known as the 'Waiting Lady'.
The story goes that the woman's husband drowned at sea one evening while she watched from the bridge.
Since her death, she haunts the castle waiting for her husband to return.
Legend has it that if you see her on Halloween night, that she will pick you up and throw you in the sea.

The story of poor vain Lady Margaret Hodnett. A strange one indeed.
She was said to be something of a Jezebel or floozy with quite a number of suitors and an extensive collection of mirrors.
Tired of being kept at bay, one of her men, Clon de Courcy, took it upon himself to starve Lady Margaret and her family into submission.
After a year, the Hodnett's gave in, with Lady Margaret surrounded by unburied corpses and little of her beauty left.
When Clon rejected her, she smashed all the mirrors in the castle, and can apparently be seen wandering the castle today, faceless, constantly rubbing at patches of the wall until they gleam like mirrors.
« View previous topic · View next topic »

» Halloween
» Woman who married 300-year-old pirate ghost divorced spirit because he was ‘using her’
» P.M.H. Atwater examines real-life NDE stories (2015)
» Giving up the Ghost
» The Ghost of Spiritlove

Bookmark and share the address of Light After Life on your social bookmarking website
Current date/time is Sun 29 Jan 2023 - 14:50