The real-life story behind the movie 'The Exorcist' (?)

The real-life story behind the movie 'The Exorcist' (?) 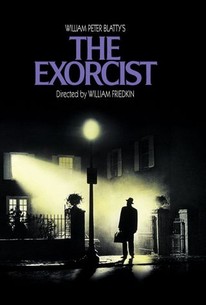 I went along with five others to see this movie on the day of its release at a cinema in Leicester Square, London.
To this day, it is the scariest film I have ever seen, well ... perhaps 'scariest' is not quite the right word - unnerving might be a more appropriate description.  The shivery spooks began for me even before entering the cinema. While waiting in the long queue outside as we shuffled slowly towards the door, a small group clad in long flowing white robes padded slowly alongside the length of the queue, up and down, murmuring and chanting all the while, apparently verses from the Bible which they all appeared to be reading from. One of the group carried a huge, heavy-looking, wooden cross, and stopped each time he reached the entrance door of the cinema, thrusting the cross towards the cinema and all of them chanting loudly as he did so.
Thinking back now, it was probably some staged publicity stunt set up by the film makers, but it certainly worked to create the atmosphere.
During and throughout the film, we saw a number of people around us get sick (puke) and others actually fainted.  About quarter the way through, one of our own group, a tall burly guy of 6'4", got up from his seat saying he was going to the loo, but never returned.  We found him waiting for us outside; still pretty queazy from the 'ordeal'.
The one saving grace for me is that whatever the nature of what you are watching, you can just keep reminding yourself "it's only a film" ...  It's perhaps just as well I didn't know at the time, but heard quite some time later, that the movie is actually based on a true story

, (albeit, loosely), the details of which are actually recorded and [apparently] officially documented by the various individuals involved.

Here is just one summary, which I just came across today - taken from the Arlington Catholic Herald in reply to someone's question:
"Does the Church really do exorcisms?":

The true story began in January 1949 and involved a 13-year-old boy named Robbie who lived with his parents and grandmother in Mt. Rainier, Maryland. Robbie was very close to his aunt who visited the family frequently from St. Louis, Missouri. She was a medium and attempted to communicate with the spirit world. Not only did she spark Robbie's interest in this practice, she also taught him how to use the Ouija board.
Strange phenomena began happening on Jan. 10, 1949. The family heard scratching on the walls; however, exterminators found no evidence of pests of any kind. Objects moved by themselves: a table would turn over, a chair would move across the room, a vase would fly through the air, and a picture of Christ would shake. At night, Robbie felt scratching in his bed, and he suffered nightmares frequently. After the aunt died suddenly on Jan. 26, Robbie continued to use the Ouija board to communicate with her and others. The strange phenomena also continued. Moreover, Robbie's disposition changed; he become unsettled, agitated, and angry.
In February, his parents took Robbie to visit their Lutheran minister, Rev. Schulze. Being interested in parapsychology, he thought perhaps a poltergeist was tormenting the family. Pastor Schulze allowed Robbie to move into his house for observation for a couple of days. The minister witnessed chairs and other objects moving by themselves. After he saw the bed shake, he moved the mattress to the floor, where it glided along by itself. Pastor Schulze became suspicious of the presence of evil. Upon Pastor Schulze's recommendation, the family took Robbie to the Mental Hygiene Clinic of the University of Maryland for testing. After two rounds of testing, nothing abnormal was discovered. Pastor Schulze then advised the family to contact the local Catholic priest.
Robbie and his parents visited Father Hughes of St. James Catholic Church in Mt. Rainier. While interviewing Robbie, Father Hughes saw the telephone and other objects in his office move by themselves. Robbie also cast obscene and blasphemous remarks at him in a strange, diabolical voice. The room became eerily frigid. Father Hughes was convinced that Robbie was possessed.
After reviewing the facts of the case and the medical evidence, Cardinal O'Boyle authorized an exorcism. Robbie was admitted to Georgetown hospital, where Father Hughes began the ritual of exorcism. The boy became violent, with spitting and projectile vomiting. He cast obscenities and blasphemies at Father Hughes. Although restrained to the bed, Robbie broke loose and wrenched out a metal spring with which he slashed Father Hughes from his left shoulder to wrist. The wound required over 100 stitches to close it. Robbie seemed calm after this attack, not remembering the ordeal. He was then released and sent home.
The strange phenomena soon resumed at their home. One night, when Robbie was changing for bed, he screamed. A bloody word had been scratched on his chest, Louis. His mother asked if this meant, "St. Louis," and another bloody word appeared, yes. Almost immediately, the family journeyed to visit their cousin in St. Louis, Missouri. The same strange phenomena began to happen. The cousin, a student at St. Louis University, talked with one of her priest professors, Father Bishop, S.J., about the situation. Father Bishop then contacted one of his close friends, Father Bowdern, S.J., pastor of St. Francis Xavier Church.
The two priests and a young Jesuit scholastic went to interview Robbie on March 9, 1949. They noticed bloody zig-zig scratches on his chest. They heard scraping sounds. They saw a large bookcase move and turn around by itself and a stool move across the floor. Robbie's bed would shake as he lay on it. He hurled obscenities and blasphemies at them. The priests knew they were confronting evil.
They petitioned Cardinal Ritter for permission to perform an exorcism. After reviewing all of the evidence including medical and psychiatric exams, he granted permission on March 16. As the priests began the Rite of Exorcism, Robbie became violent. He made howling and growling noises. The bed shook up and down. On his chest appeared bloody scratches with the words hell and devil, and even an image of Satan. Robbie spit at the priests as he hurled obscenities and blasphemies, with intermittent fiendish laughter.
For his own safety and for the family's welfare, Robbie was then transferred to the Alexian Brothers Hospital and placed in the psychiatric ward. Father Bowdern, continued to perform the exorcism. With the family's consent, Robbie was baptized a Catholic. When Father Bowdern tried to give him First Holy Communion, Robbie five times spit out the Sacred Host; they then paused to say the Rosary, and Robbie finally received the Holy Eucharist.
On April 18, Easter Monday, the exorcism came to a climax. As Father Bowdern continued the ritual, the demon recognized the presence of St. Michael the Archangel, and was expelled from Robbie. A sound like a gunshot was heard throughout the hospital. After this whole ordeal, Robbie remembered nothing of the diabolical phenomena, except the vision of St. Michael. 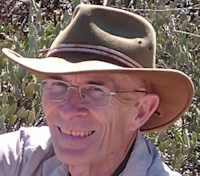 Re: The real-life story behind the movie 'The Exorcist' (?)

I remember seeing this film too and it was indeed a tense one.

My wife fainted at one point but because of the needle in the arm shot, probably made worse for her by the tension of the scene, the whole film itself and the almost palpable tension in the 'flicks'. (the picture house or movie theatre for modern day readers).

Interesting account of the events the film is based on. A lesson for would-be dabblers with ouija boards perhaps. 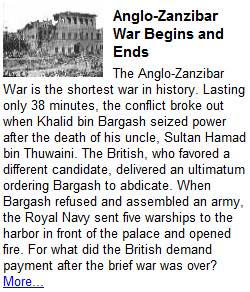 Krazy Kats:
A friendly forum discussing and sharing issues that we care about.
~ Come and check us out ~
https://krazykats.forumotion.co.uk/
Current date/time is 25/7/2021, 10:31