The Video of the Week now showing on our Portal page is: 'PSYCHIC' (Parts 1 and 2)
2 posters

There is an old thread on this forum from years ago where people were asking for information about the internet troll Waller Joel also known as Joel Waller, Walter Rucker, Tyler Snotgern, MU and a bunch of other fake names. This troll has been impersonating people from the spiritualist community and harassing people online for years, hes now targeted the UFO community and is impersonating well known UFO researchers, stealing their photographs and posting abuse to people under real life names to damage peoples reputations.


Back in 2017, Waller turned up on that thread on this very forum himself to spread misinformation and confuse people on a bunch of impersonation accounts. He doesn't accept documentation of his trolling activities and will often turn up and try and close his opponents down by sock-puppeting sprees or spreading outright lies, even about himself to confuse his opponents.

Waller was banned on about fifty channelling and spiritualist forums between 2015 and 2018. He attended seances of David Thompson, Warren Caylor and Kevin Lee and he was banned from attending further seances in the Florida area where he is said to have harassed multiple people.

He was banned on the psiencequest forum, afterlife forums, theparacast forum etc. According to Laird Shaw the owner of that forum.


Firstly, as many would know, Pssst has a long history of misbehaving on and trolling forums under various usernames, including as "Waller Joel" and as "MU!!". It seems fair to say that he is notorious for it. He has been banned from several forums, including Skeptiko in both of its incarnations as well as AfterLifeForums.com. We know from Skeptiko admins and users that after being banned, he sent some of the most abusive and scatalogical private messages to various users that the admins had ever seen. It seems fair to say, too, then, that his presence on Psience Quest was controversial from the start.

I am from the UFO community but I have been impersonated by Waller and interested in knowing if anyone here had any luck in finding anymore information about Waller Joel (Walter Rucker) or whatever other fake names he uses.

Waller or MU!! has been trolling numerous websites and newgroups, Usenet in particular, for over a decade. Do a Google search on names like "Ari Silverstein", "Frank Camper", or "wilburn" (preferably in combination with "Usenet", e. g. ["Ari Silverstein" Usenet], ["Frank Camper" Usenet], [wilburn Usenet]) to see the full dimension of his trolling.


David Thompson and Warren Caylor have both confirmed by email the man with white hair in that picture that Waller uses is indeed "Waller Joel" aka MU the internet troll. Waller is no longer scared to use his face online but hides behind fake names and claims he will never be caught because he uses a TOR browser.

Warren Caylor said he has known about Waller's internet misbehaviour going back over twenty years.


Waller Joel recently appeared on Grant Cameron's podcast video which is on YouTube and many people have cited on Twitter to try and find out who he is.


Waller is a complete crackpot who thinks Aliens have taken over people's bodies and are walking the streets, he is living in a mobile caravan with tin-foil everywhere which can be seen from the video. The guy is a psychopath.

Click to around 1hour 46 mins in the video to see him. You can find that video on YouTube. As of 2020 he is still harassing and impersonating people online. He must be now around 70 years of age. If you have any other information about him please post it here. Thanks.
Mod.1 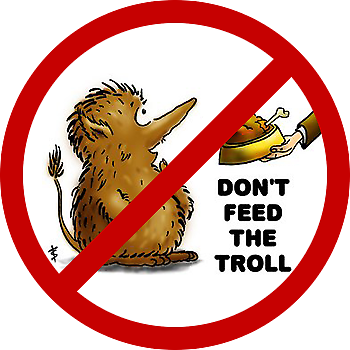 Click into date below for latest updates
Thursday, 2nd December 2021

Krazy Kats:
A friendly forum discussing and sharing issues that we care about.
~ Come and check us out ~
https://krazykats.forumotion.co.uk/
Current date/time is Thu 2 Dec 2021 - 14:59